Hack GCP Composer - Use AWS SES for the existing environment 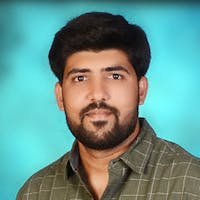 GCP Cloud Composer is a managed Airflow service. Its using GKE as the core component for the distributed worker. AppEngine will host the Web Server and the CloudSQL(MySQL) as the backend database. We'll see how to use AWS SES for sending email alerts from the GCP cloud composer.

☠️🚨☠️🚨Disclaimer: This is just to show a small hack to use a plain text password for existing cloud composer environments. And it's not at all recommended to use it in production.

Airflow will send an email notification in case of a task failure. We can configure any working SMTP details. But in GCP Cloud Composer, we can integrate with SendGrid to send the emails. Its not good for the folks who don't use a third-party for email communication. But there is a way to setup and use our own SMTP details via Environment Variables. Again there is a glitch here. I tried to setup this env variable to an existing cloud composer environment, it was not working.

We have an option to add the values to override the airflow configuration on the composer console. So I tried to add the smtp_password. But it was throwing its not allowed to set this variable. 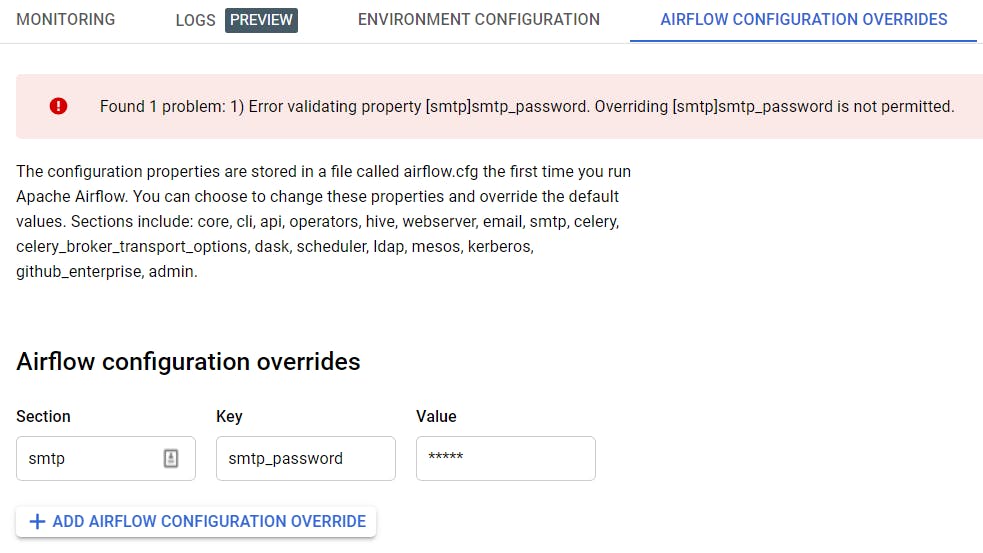 I wanted to play around with this and somehow I need to solve it. So my first attempt is override the password in the airflow.cfg file. Its available on the GCS bucket where our DAGs will be stored. Under the [smtp] block I had modified the smtp_password.

Then uploaded the file to GCS. But the webserver was showing the previous value only. Then I did the restart of the webserver. It's not possible directly, so just add a dummy variable.

After the restart, still it was showing the old password. Then we referred to the documentation, and its clearly mentioned that its not allowed in Composer .

From the same documentation page, it mentioned that, we can add the SMTP password as an Environment variable , so the airflow take that value while sending the email. But the documentation page refers that, the variable needs to be set while providing the composer environment. So I tried to add manually using the gcloud cli.

This time instead of work playing with the UI, I wanted to do something on the GKE level because all of these configurations are actually applied to the worker pods, so directly go and change the values over there. (use bastion or jump host or CloudShell)

Note: I have reverted everything to the default state(how was it before the changes including airflow.cfg file.

This time we combined actions from attempt #2 and attempt #4. Yes, it was the Hack. After restarting the webserver we were able to see the new SMTP details.

We created a new DAG for testing and added some wrong input. Then ran the DAG. Guess what? we got the email.

I would like to thank Alfred Tommy who was helping me with the GKE part.🙏🏻